OUR MIRACLE WEDDING…
This is one of the most unusual and Special update letters I have had the privilege of sending to you all!

Some of you know this, and others may not.  In a crazy turn of events and answer to many years of general prayer and 5 1/2 years of specific prayer, I married a wonderful South African man named Daniel Edward Nell on September 8th, 2018! 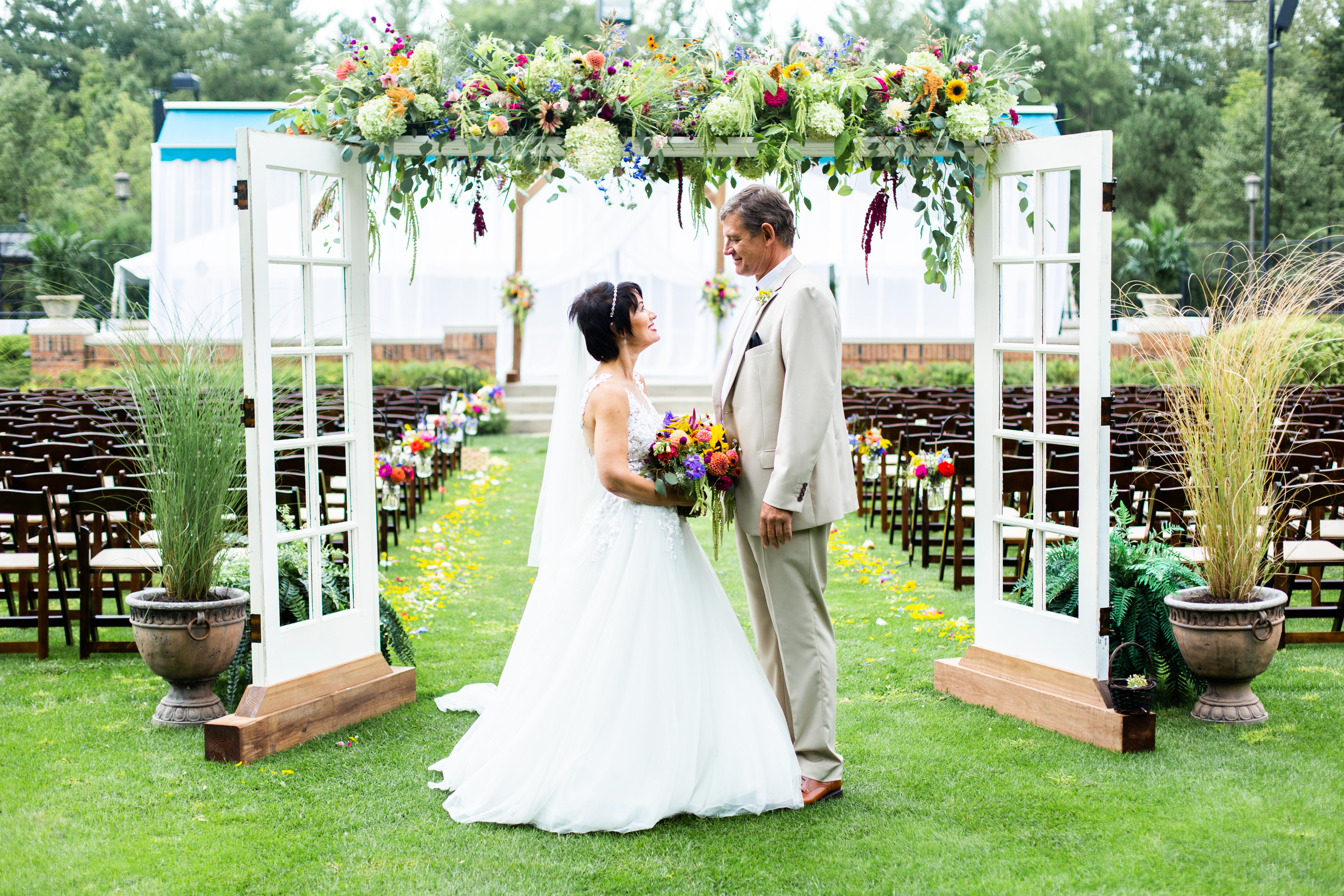 Our Love Story…(as Originally Printed in our Wedding Program)

Though we initially met at a board meeting in Kenya of
Afmin (now Emit), a ministry we both were involved with, our story together began 6 1/2 years ago.  After being counseled by a friend and ministry leader Chris DeWet, to invite Daniel to go on the first En Gedi Experience to Israel (which he declined), Laurie was making a trip for En Gedi to South Africa in September 2012.  To follow up with the En Gedi invitation, Laurie met with Daniel for an afternoon coffee, which turned into a late and delightful dinner.

Laurie and Daniel enjoyed each other, conversation and time together from the start.  After 3 months of talking by Skype and  a month of officially dating, Daniel came to visit Laurie in the US to meet her family in March 2013.  Though it was a wonderful visit in every way, Daniel was not ready to enter into a relationship and shortly after the visit, he broke off the relationship.

In the aftermath of that breakup, Laurie was heartbroken with a lot of questions, especially for God, and she went through one of the darkest seasons of her life.  In prayer and counsel in community, Laurie believed she was led to continue to pray that the Lord would restore and bring resurrection to the relationship with Daniel.  This continued to be her place of faith for the next 5 1/2 years.

In a series of events not connected at all to Daniel, Laurie was called to engage in a ministry called Generosity Path in expanding “Journeys of Generosity” in South Africa, eventually including a move to South Africa in January 2016.

Laurie and Daniel did not see each other at all between April 2016 and January 2018.  Toward the end of that time, the Lord had been speaking to Daniel separately about Laurie and after a series of  “divine appointments” where they “ran into” each other several times, Daniel contacted Laurie on May 1st, 2018 for coffee.  That coffee turned into lunch, which turned into dinner, which turned into today, September 8, 2018, our wedding day.

There are many incredible details that make up our story, and we are unable to share all of those in this short note,  but our Love Story is a series of miracles and a living testament to the glory of our God and Father the King!!

Our wedding and marriage is proof that NOTHING is impossible with our God!

Here is a link to our relationship  photo album online for any of you who might want to see pictures.

Stories of faith breed faith, and my prayer is that our story of God’s work in the “impossible” brings fuel to your own faith journey.